By: Jennifer Lawler
In: Second Acts
With: 0 Comments 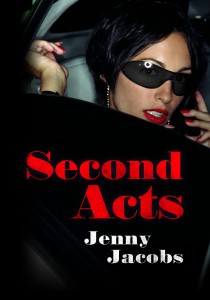 After becoming the target of an obsessed fan, B-movie actress Maureen Haines turned her back on Holly wood for marriage and a quiet, small-town life. Happily resettled in the the midwestern countryside, she thought she’d finally left the insanity of stardom behind.

Because when her scientist husband vanishes in the wake of a suspicious fire, the media vultures descend en masse. And front and center is none other than Steven F. Miller III, Maureen’s former lover. Desperate to locate her husband and hounded by the press, Maureen is convinced her nightmare can’t possibly get worse . . . until she begins receiving threats that feel eerily familiar.

Suddenly Maureen must face the possibility that there is something bigger–and more dangerous–than a tabloid scoop at stake. There is a killer on the loose and ony Miller can help her hunt him down . . . but at what cost?