By: Jennifer Lawler
In: Making a Creative Life, The Writing Craft
With: 5 Comments

Some of you know that Jessica makes beautiful fused glass art objects, which I profane by using as trays to catch my keys and like that. She doesn’t object; she loves it when someone appreciates what she makes, sort of like everyone in the world.

So, the other day I told her I’d be sending out a newsletter at the end of the month to let people know about some new classes and other good stuff and I said I would be giving away a book, and she said, “You always do that. You should try something new.”

So we had a digression about how if trying something new was so easy maybe she should give it a whirl now and then, and the upshot of the wrestling match is that she offered to give one of her fused glass magnets away as a prize. She was willing to go larger than that, but a magnet fits in a padded envelope, so that’s what we agreed on.

The magnet is significantly more beautiful than it looks like in this photo. (The pen is in the picture to give you a sense of scale. I retain all rights to the pen.) To have a chance to win the lovely fused glass magnet made by Jessica, you have to be signed up for my newsletter (on the home page).  That is all. 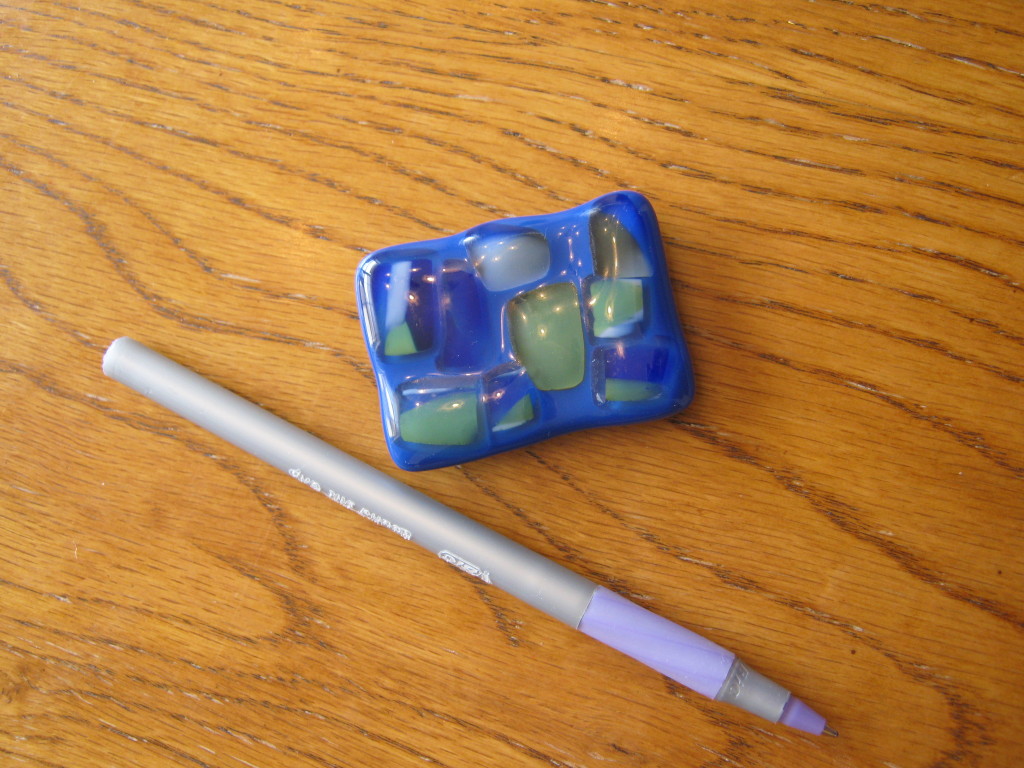