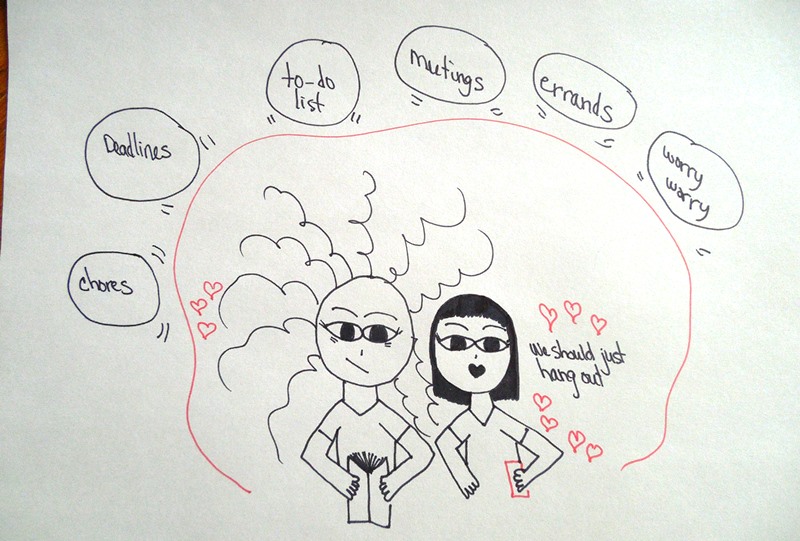 I admit I haven’t quite decided the best way to go about this—revisiting Dojo Wisdom. Do I call these pieces lessons when I’m not sure what they are? But I’m trying to do more than just share some random thoughts that cross my mind. Maybe this is one of those things I’ll find out as I go along as I do oh so many things.

When I wrote the Dojo Wisdom series, I was a Type A, goal-oriented person—I had earned a black belt! I had earned a Ph.D! I had written fifteen books! Naturally these accomplishments required certain sacrifices. If you’re working out four or five nights a week, you’re not doing other things on those nights.

For a time I reveled in the sacrifices—I shall give up eating popcorn and reading mysteries every night! became my new battle cry. I proclaimed how meeting the goals were worth the sacrifices—because I’m no longer a couch potato, I have learned fifty-seven ways to kick someone’s ass! I solemnly declared that in order to reach the goal, you had to keep your eye on the goal and not on the sacrifice—Think about kicking ass! Do not think about popcorn!

And this is true, if one stipulates that goals are important and I guess they are. I mean, if you have the goal of paying this month’s rent, I’m not going to argue that it’s a misguided goal.

But I think that sometimes we don’t pay enough attention to the sacrifices. That gets in the way of achieving the goal, of course—you can feel constantly torn—but that’s not what I’m talking about. I’m talking about the way we use goals as excuses. Don’t mistake me. I think intentional living is terrific and we should all do more of it.

But if you’re making sacrifices and not decisions, you’re probably doing it wrong.

Now I don’t meant that giving up popcorn was somehow a sacrifice I should have examined more closely before making—by all means, let’s give up counter-productive habits! And when we do it makes sense to focus on what we gain and not what we lose. But that’s not what I’m talking about.

I’m talking about what are you sacrificing so you can have the big house in the nice neighborhood?

What are you sacrificing to keep peace in your family?

I’m not exempting dreams either. What are you sacrificing so you can play drums/teach in the Peace Corps/write that novel?

I spent too many years in pursuit of goals that in the end made no difference but cost too much to achieve. I say that not out of bitterness but out of awareness.

One day, not as long ago as I would like, I thought Christ, I wish Jess were at her father’s house so I could get this project done.

Yes, you know, the Jess I’m constantly afraid of losing.

I don’t remember what project it was. I do remember thinking What the fuck?

WTF? When did projects become more important than my daughter? I mean, I gave up all freakin’ hope of financial security, an orderly life, and Greek sailors so we could do this thing together, and here I am, annoyed at having to spend time with her.

Now of course we all think things in frustration from time to time and it does not make us bad or evil, it just makes us human. But the experience can teach us if we let it.

Even if I became a world-famous novelist/internet celebrity/YouTube millionaire, it will not change the facts of Jessica’s life. Or mine.

I let it go, then, all of the striving. Pretty much like that, just one big letting go. There is nothing that reaching a goal can reward me with that I do not have right now.

I used to say focus on the goal. Now I say, be careful of the goal. Focus on the sacrifices. Be sure they’re worth it.