On not being quiet

By: Jennifer Lawler
In: Stories about Jessica 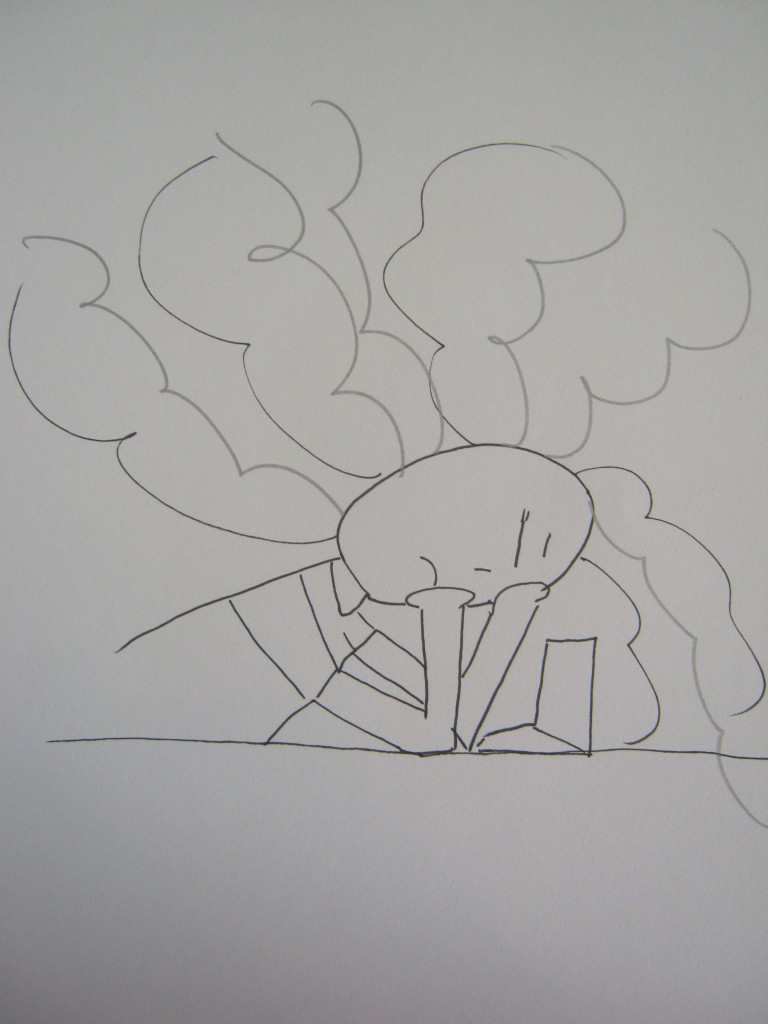 On Wednesday Jessica had an early release day from school and so we went into the studio and made some glass. Jessica is a glass artist, an eighteen-year-old senior in high school, my daughter and my ward. She is cognitively impaired and through a painful and too-lengthy guardianship process, her father and I proved to the court’s satisfaction that she could not handle her own affairs.

She has tuberous sclerosis, a disease that causes seizures and brain tumors. She has a degenerative spinal cord disorder that affects her physical function. She has spent too many weeks in hospitals and has too many scars on her body from all the times the surgeons have cut into her flesh to keep things from going more badly wrong than they already have.

I am intimately aware of what her condition has cost her. I know precisely, to the last measure, what it has cost me.

On Wednesday I am not thinking about any of those things. I am relaxed for the first time in weeks—work has been very busy lately—and being with Jessica is like what I imagine being with Buddha would be. No judgment, and many smiles.

The studio owner who fires Jessica’s glass greets us with enthusiasm. She has new glass molds that she wants Jessica to try. What I like about Cheryl is that she talks to Jessica, not to me; most people assume Jessica won’t understand and sometimes she doesn’t, but then sometimes I don’t, either, so I don’t really see the problem. But other people do, and so they talk to me about her instead of talking to her.

We spend hours in the studio, working and playing long past the time we meant to leave, and I am thinking what a good day it has been.

The next morning, Thursday, I turn on my computer and I click on the link to my favorite columnist’s column, and my jaw drops: the cartoon accompanying the column is so breathtakingly cruel that for a minute I can’t believe what I am seeing. It’s a caricature of a cognitively impaired person, and I sit there, stunned, trying to figure out how this got past Carolyn Hax, who is usually not an asshole even on those occasions when I disagree with her advice, and her editor, who I assume is charged with “let’s not offend readers and advertisers for no good reason.” The cartoonist is a jerk, that much is clear to me, and exactly the reason why we have editors, or should have editors.

I post a “wow” comment on Facebook, which is mostly ignored, whether because Facebook algorithms have hidden it from everyone or because no one gives a fuck, I don’t know and can’t tell. A friend asks if I am going to email the Washington Post about it, and I say, “I would if I could articulate anything other than visceral rage.”

When I am capable of articulating anything other than visceral rage, I decide not to email the Post. I’ve had these kinds of conversations before. Some bloviating blowhard will tell me I’m being overly sensitive or “artistic expression” or “I’m sorry.”

And the thing is, “I’m sorry” is bullshit. “I’m sorry” doesn’t fix the harm that is done. “I’m sorry” means “I’m sorry you feel that way because now I have to spend five minutes pretending I give a damn.”

I am tired of these battles. I am tired of trying to point out that my daughter is worth as much as any Ann Coulter and almost certainly more; I am tired of trying to find new ways to say that making fun of the intellectually disabled is such jackassery that I can’t even understand why I have to form words to try to explain. And I am tired of everyone’s fear and judgment: that somehow it will rub off on them, that somehow Jessica is to blame for being damaged in ways she cannot control. I am tired of being dismissed every time I say “please stop this,” because there are so many bigger problems in the world. I guess like that Starbucks cup.

And so the result is a dreary little accounting; the columnist falls several notches in my estimation, the two friends who bothered to respond to my comment rise a couple of points.

My Thursday is a much less pleasant day than my Wednesday. “Just ignore it and move on,” I say to myself, and I turn to an article in my local paper about how the university has hosted an open house discussion about racism and racial tension, and considering what is happening at Mizzou, this seems like a good idea to me. But the reader comments on the article make me angry all over again: a bunch of privileged white men tell the students they should just shut up and ignore it, that they’re overreacting, blah-blah-blah. Mansplaining to the oppressed what racism is and is not.

Several of my colleagues take a slightly different tack. They would never want to appear racist so they focus on making fun of the idea that students should be able to have safe spaces in the public sphere. The right to be free of harassment in the public sphere accrues only to the privileged. The idea that the disempowered might desire—even demand—the same consideration is met with condemnation and ridicule.

I’m sure none of these people—not the cartoonist or the columnist or her missing-in-action editor—bore any specific malice towards the cognitively impaired. Nor do I think that the colleagues and commenters are frothing-at-the-mouth white supremacists. But I see a common thread, a failure in understanding the experience of the disempowered is vastly different from that of the privileged. I think maybe it’s time for the privileged to sit down and shut the fuck up.

It is Friday now. We are getting ready for school and work and I have promised Jessica I will finish packing for her art show this weekend. My visceral rage has subsided into sadness, that she lives in a world that thinks she is so much less than, that fears her so much it has to turn her into a caricature, that doesn’t even try to understand her as a human.

“I hope I sell some pieces,” she says as she gets out of the car with her book bag, the one with fifty pencils in it, a pencil for every time she has done something right at school this fall and has gotten rewarded for it. She carries the bag like a talisman of her worth.

“I bet you will,” I say. Thinking, it is harder to be an entrepreneur for a young woman like Jessica than, say, Donald Trump, and a hell of a lot more amazing. But no one ever notices that.

Her attention is focused on the school building ahead of her. I know she is going over in her mind all the things she will have to do before her first class. Get her locker key from her teacher and put her book bag in her locker and get a notebook and pencil out to bring to her first class. Going over and over the steps so she won’t forget them.

I drive home. I turn on my computer. I think how I am tired of trying to make people understand. I think I should just shut up and get on with life.

It is a promise I made a long time ago when she was first laid in my arms and I knew we would have battles ahead. I did not know then what shape they would take, but I know now. And I will not be silent.
###