If you’ve been following along, you might think when I refer to watching things blow up, I am using the phrase in a metaphorical sense, but today I actually mean it in the literal sense.

That is to say, I have been watching Mythbusters on Netflix. If you’ve ever watched this show, you know that the hosts try to prove or disprove various popular theories, and whether a theory requires it or not, almost every show ends with something getting blown up in a spectacular way.

The notable fact about the explosions is how boring they are after a while. I guess the hosts still find it entertaining or presumably they wouldn’t do it, but mostly it’s just not that interesting: “The stage is set for a massive explosion!” the announcer will say breathlessly, and I figure it’s about time for a bathroom break and maybe to wander over to Facebook and see what’s what.

What I find more compelling is the thinking that goes into figuring out how to tease out the testable parts of each theory and the creativity that goes into devising those tests.

I don’t always think their tests measure what the hosts think they measure and I don’t always agree that the test has shown what they think it shows, but it’s the investigation that I find engaging. How does the world work? How can we figure out if something is true or not?

The blowing things up is just . . . puerile and wasteful. After a while, the show’s catchphrase, “If it’s worth doing, it’s worth overdoing” becomes extremely self-indulgent and offensive. You’re really going to waste 42,000 gallons of water in order to make some random and mostly pointless comment?

As Jessica would say: 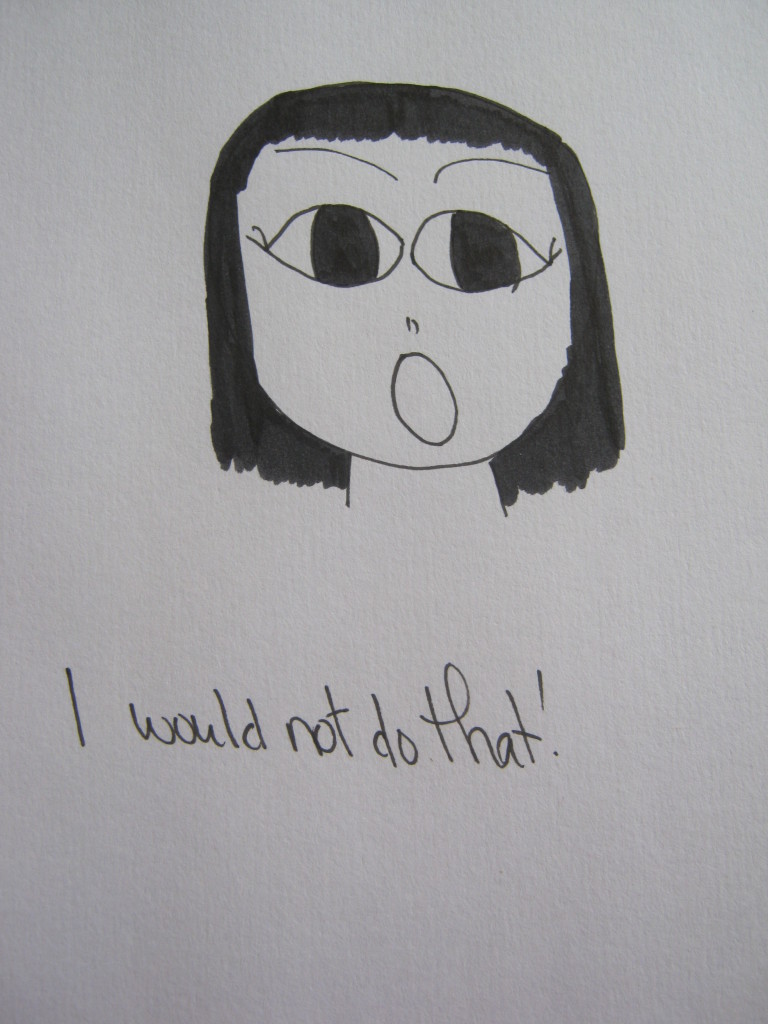 There’s an idea in media—and has been for years—that to attract eyeballs, you have to be sensational. Thus, the blowing up of things on Mythbusters and all of the dramatic, “Your child could die today!!! News at eleven!!!” and “You won’t believe what happens next!!!!!” teasers that you see all over television and the internet.

I haven’t watched network television in years and I make it a point not to click on links that I won’t believe, so this was one of the first times I’ve realized just how badly this type of thinking screws up what would otherwise be a good story.

Don’t forget to sign up for my newsletter! I give random stuff away—and I tell more stories. Just wander over to my homepage.